Thousands of runners headed for the waterfront for the 5k race around Liverpool docks and were greeted by police officers with guns in an effort to make racers feel safe in the wake of the Manchester terror attack on Monday night .

Some officers even posed for photos with runners.

Organisers of the event confirmed shortly after the suicide bombing at the Manchester Arena, that they were reviewing security procedures for the two-day sporting event.

These included a heavy police presence at the start and finish line, across the course and at the concert locations.

Enhanced bag inspections were also carried out today and will continue tomorrow at the baggage drop for runners at the ECHO Arena .

The same precautions were in place last night when Take That performed their rescheduled concert at the venue with crowds saying it was reassuring to see.

Runners in tomorrow’s marathon are asked to only use bag check if absolutely necessary and exercise patience while waiting to drop off bags.

Organisers also advise that spectators and runners may have their bags inspected on entrance to the festival areas and ask that the public be vigilant.

A Merseyside Police spokesperson said: “At times like this it is vital that all communities pull together and support each other. Everybody, from law enforcement, to businesses, to the general public, has a role to play in keeping the UK safe from terrorism.

“If you suspect it, report it. Nobody is better placed to detect something that is out of place in their communities than the people living in them. We would encourage you, if you do see any suspicious activity, to call the Anti-Terrorist Hotline on 0800 789 321 or call police on 999.” 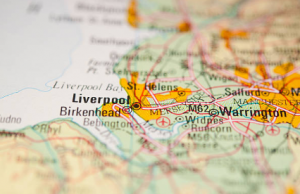